Free download NCERT Solutions for Class 9 Maths Chapter 6 exercise 6.1, 6.2, 6.3 of lines and angles (geometry) in English Medium and Hindi Medium free to use. Solutions for class IX maths for all chapters are given in downloadable form to assist the students.

If you need solutions in Hindi, Click for Hindi Medium solutions of 9 Maths Chapter 6 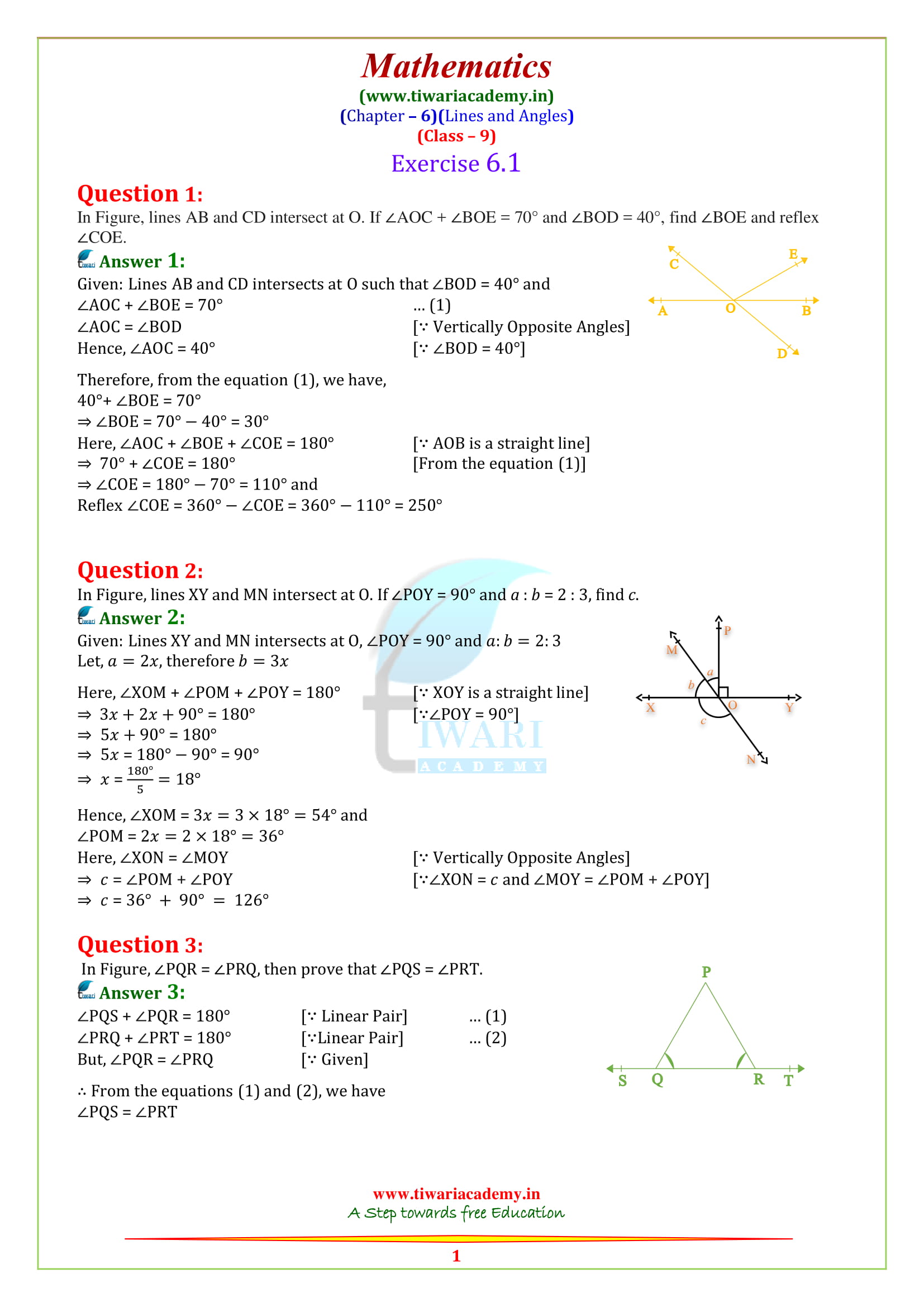 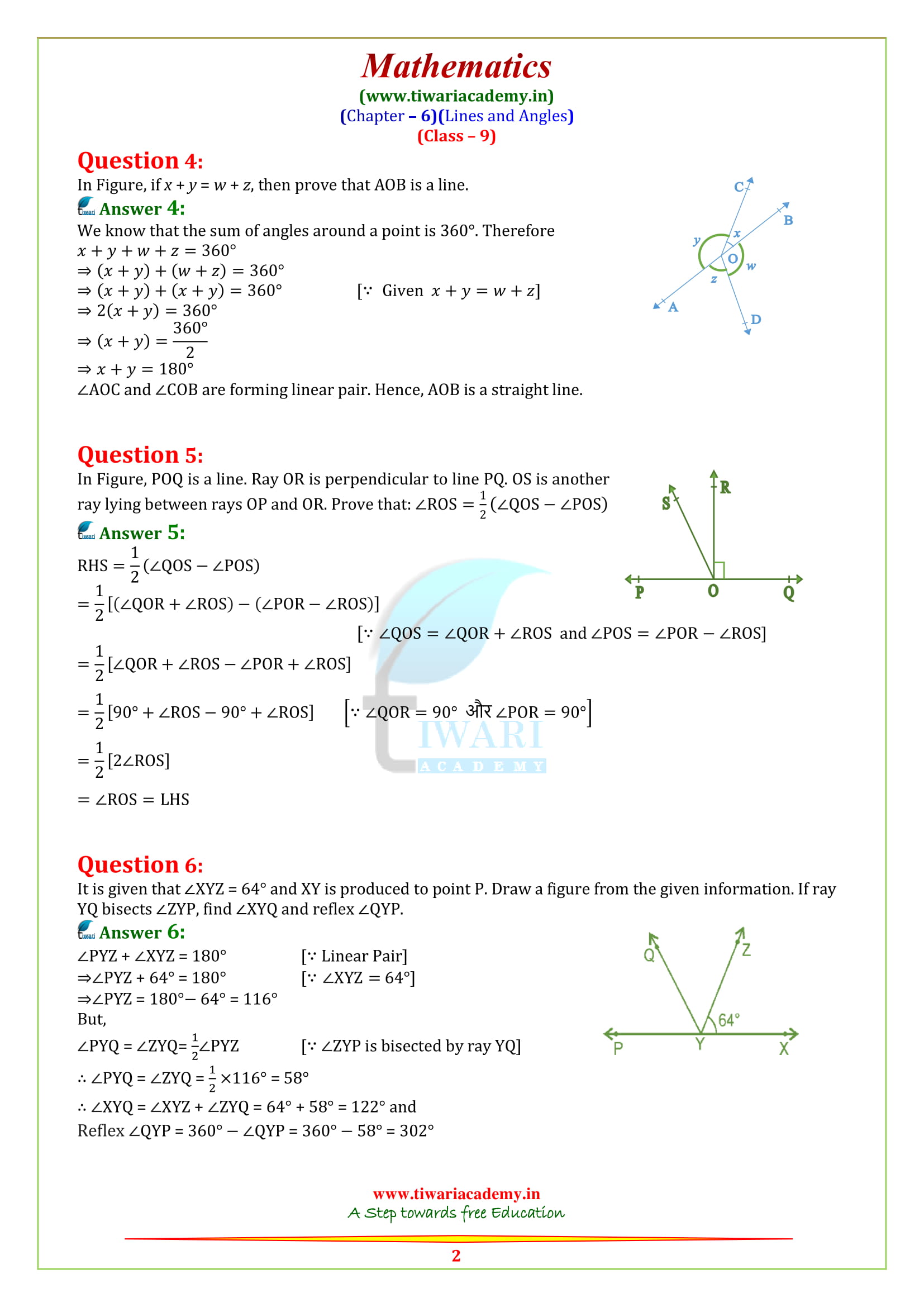 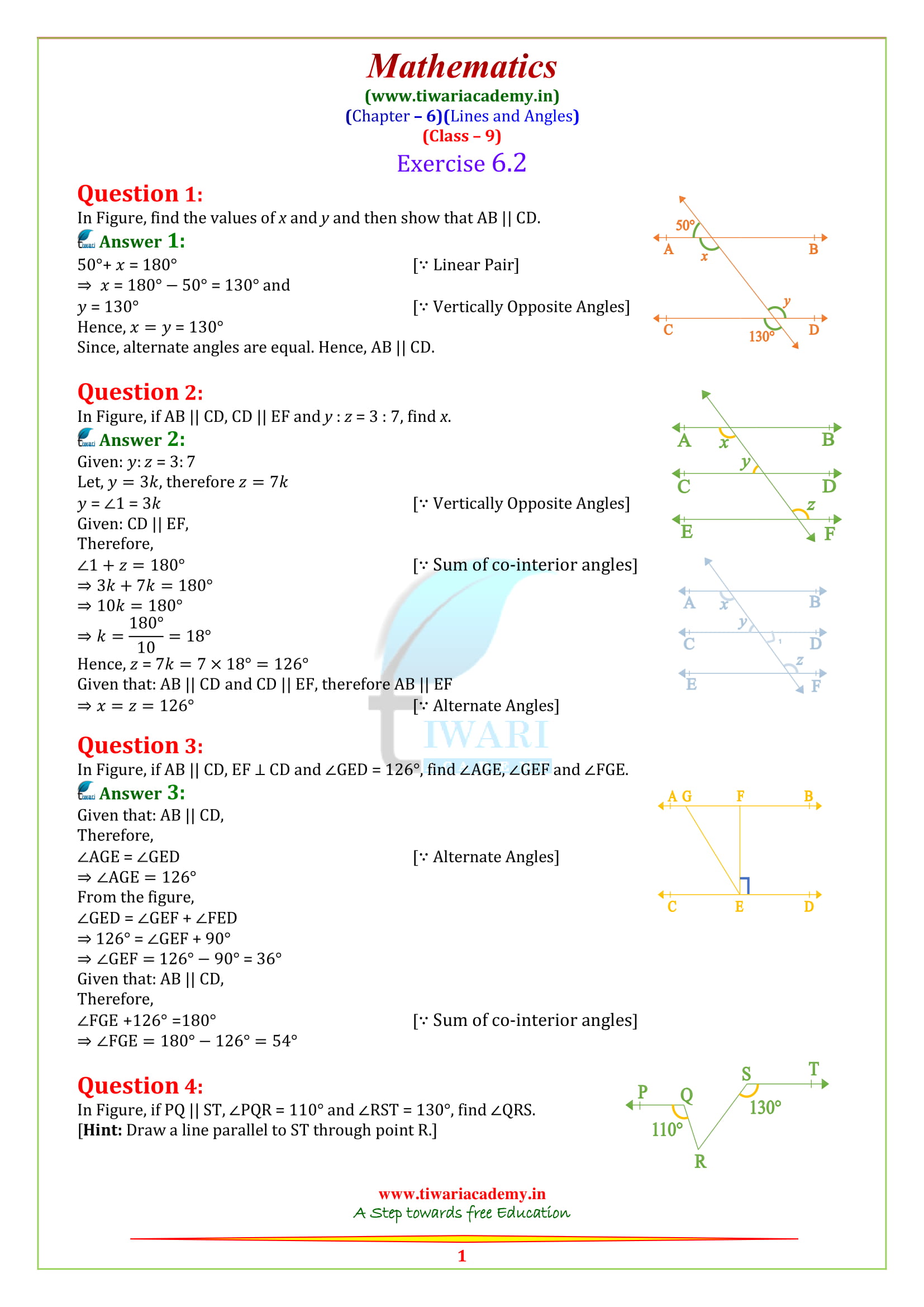 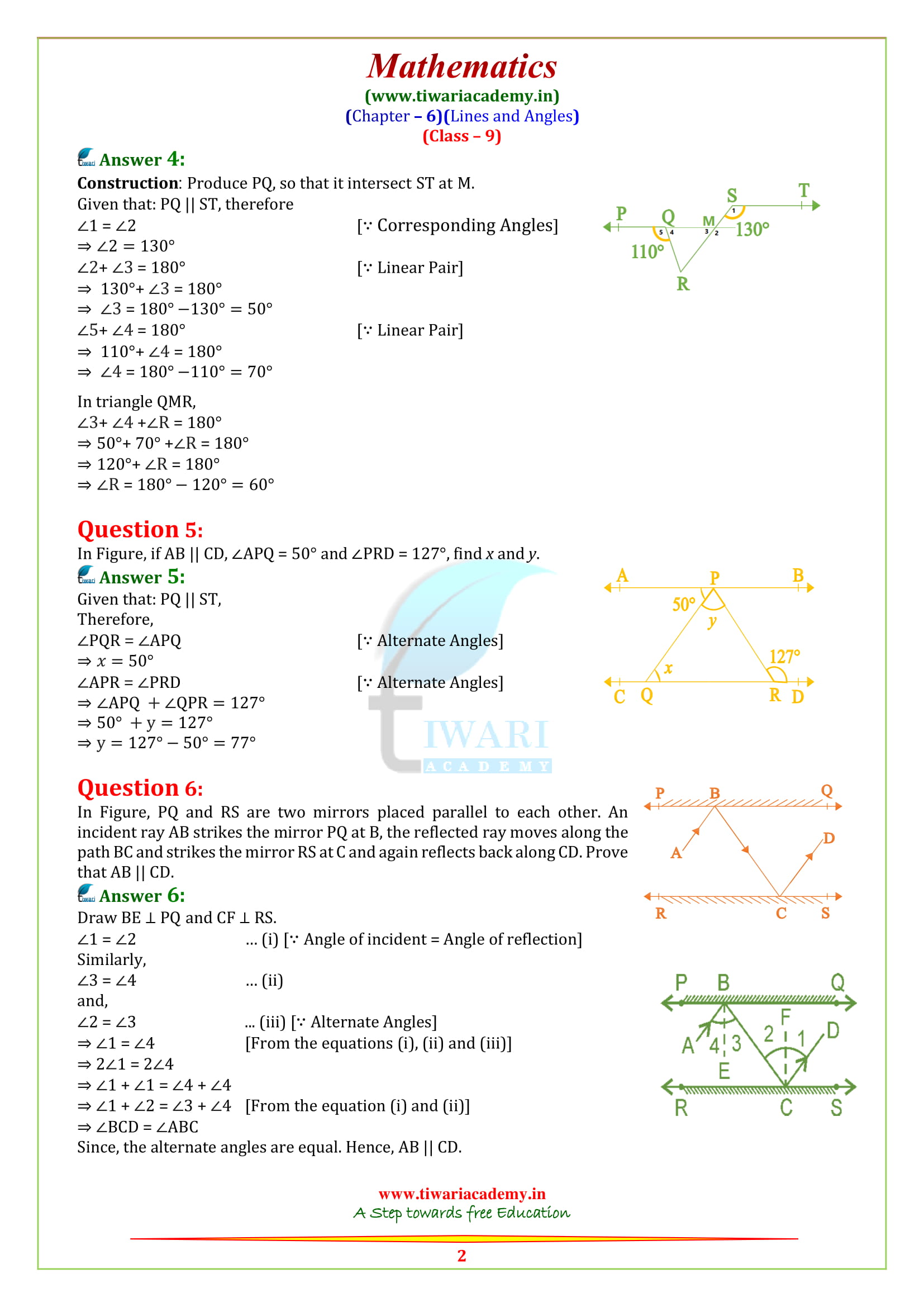 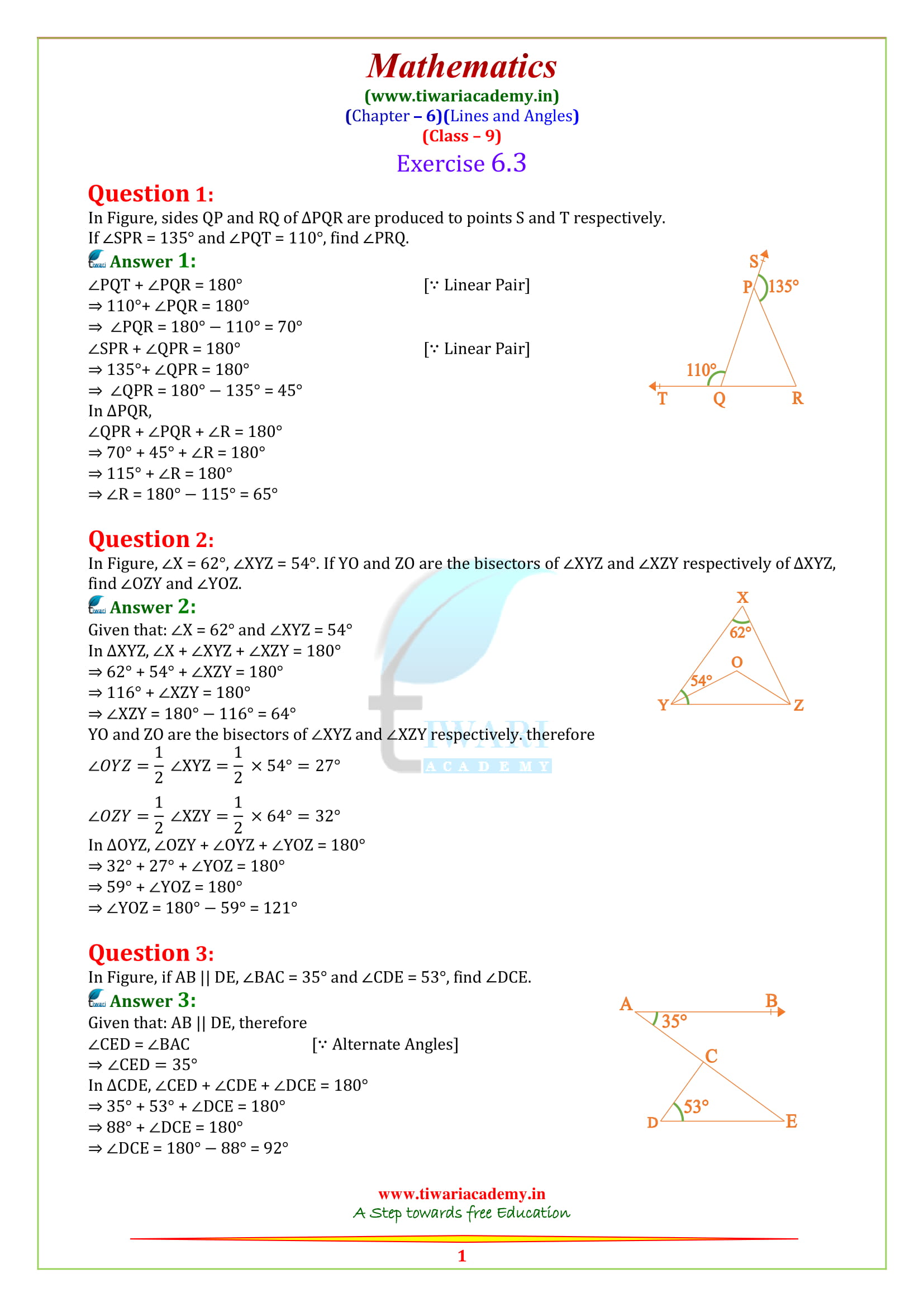 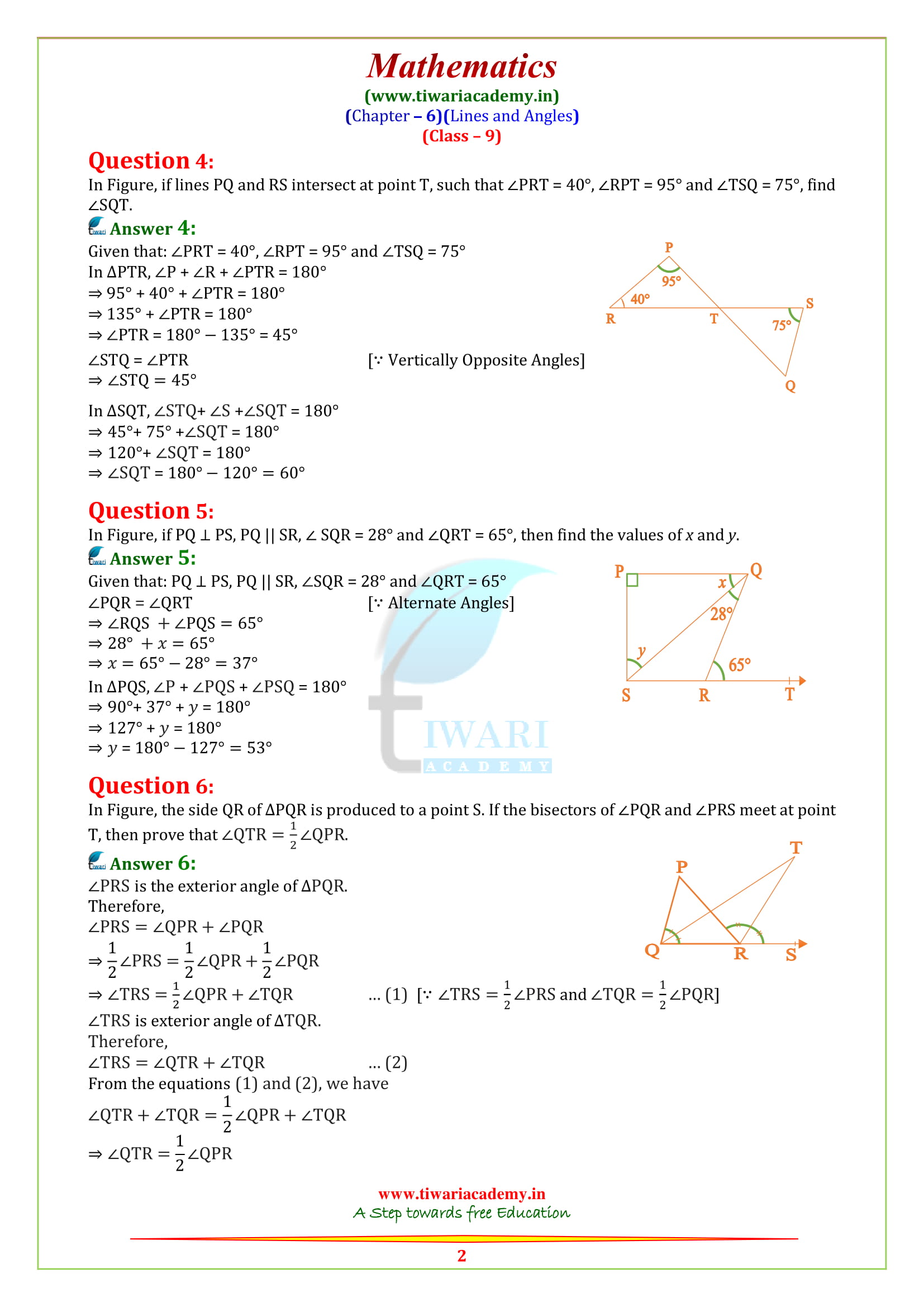 
9 Maths Chapter 6 All Exercises in Hindi 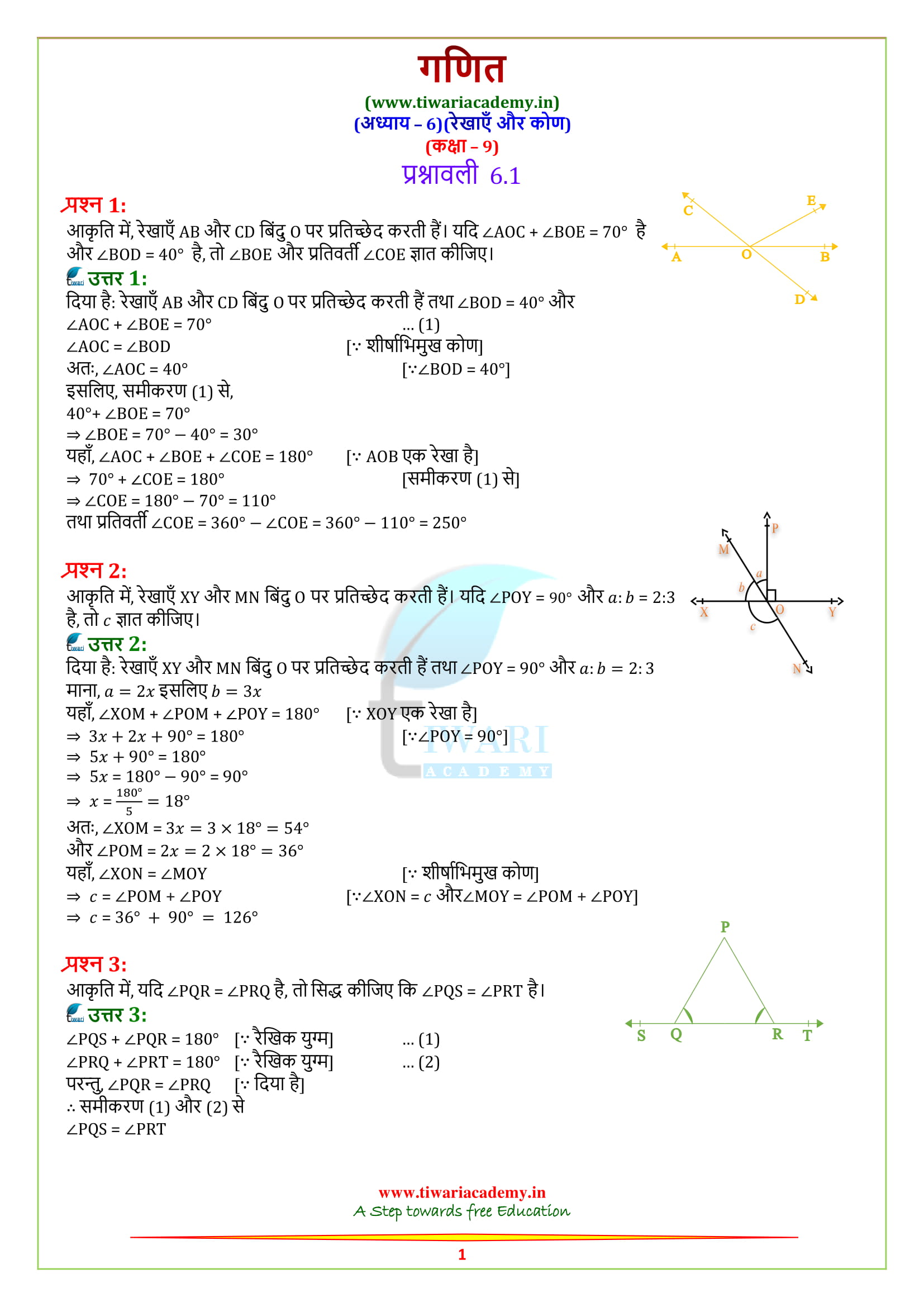 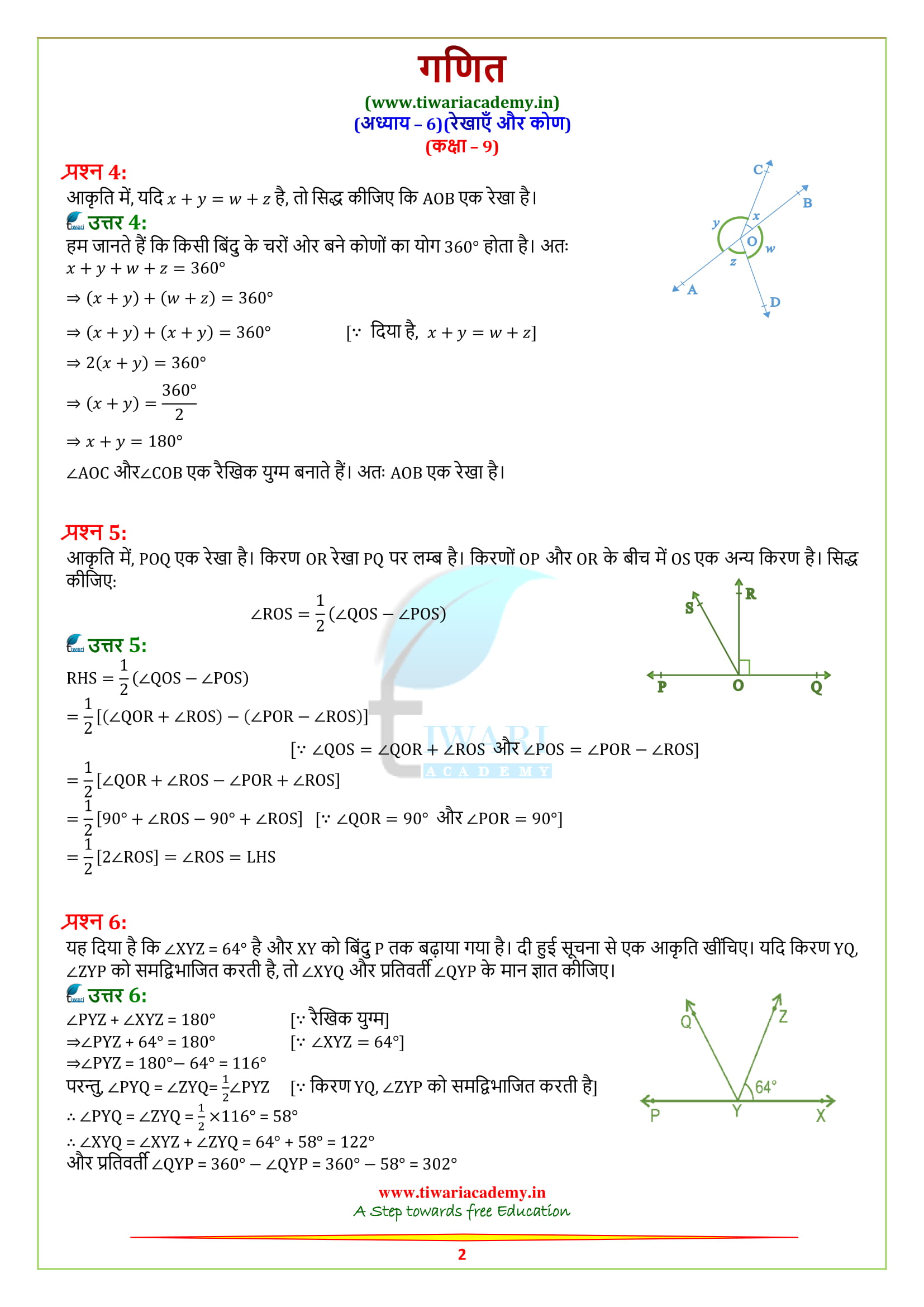 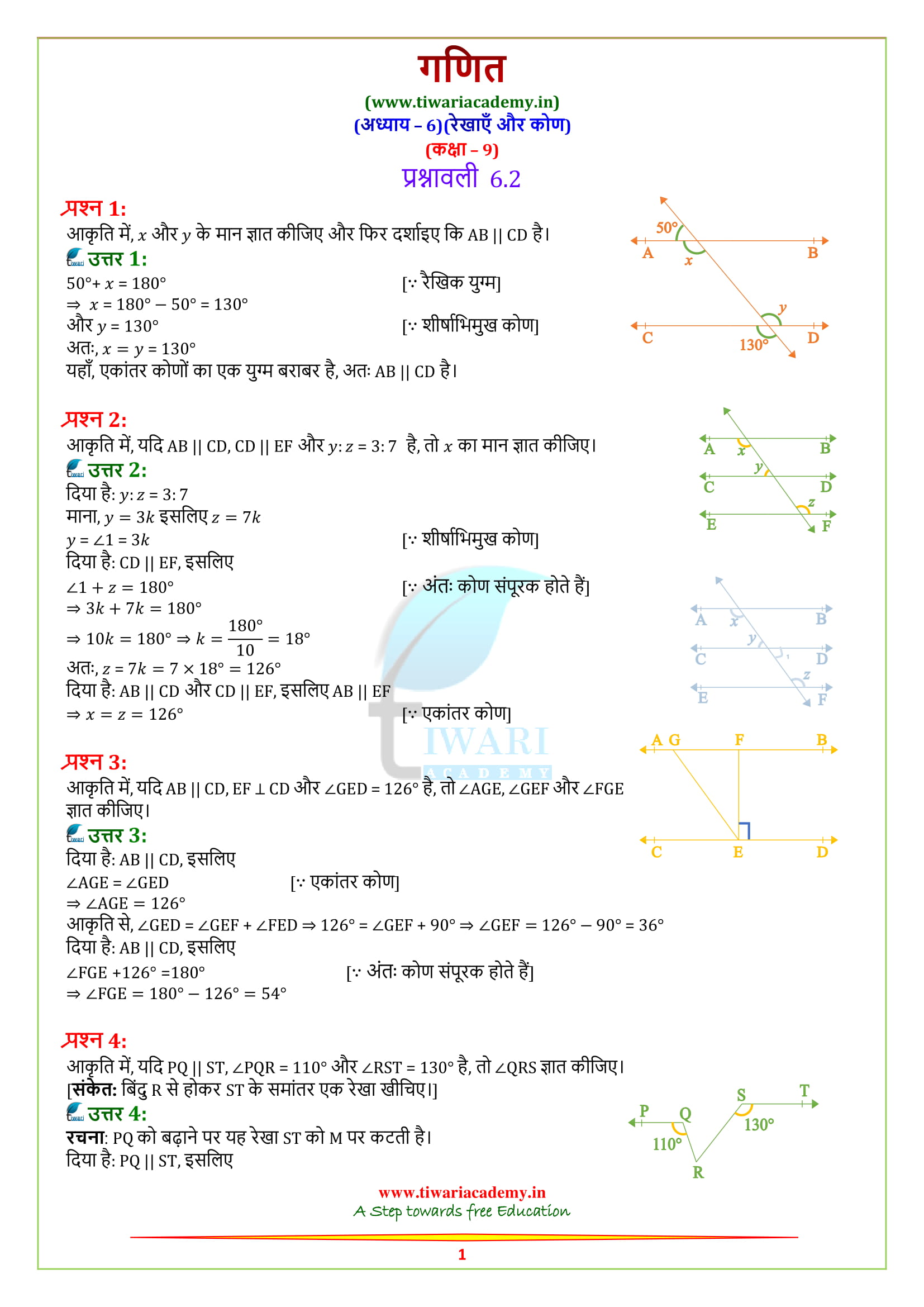 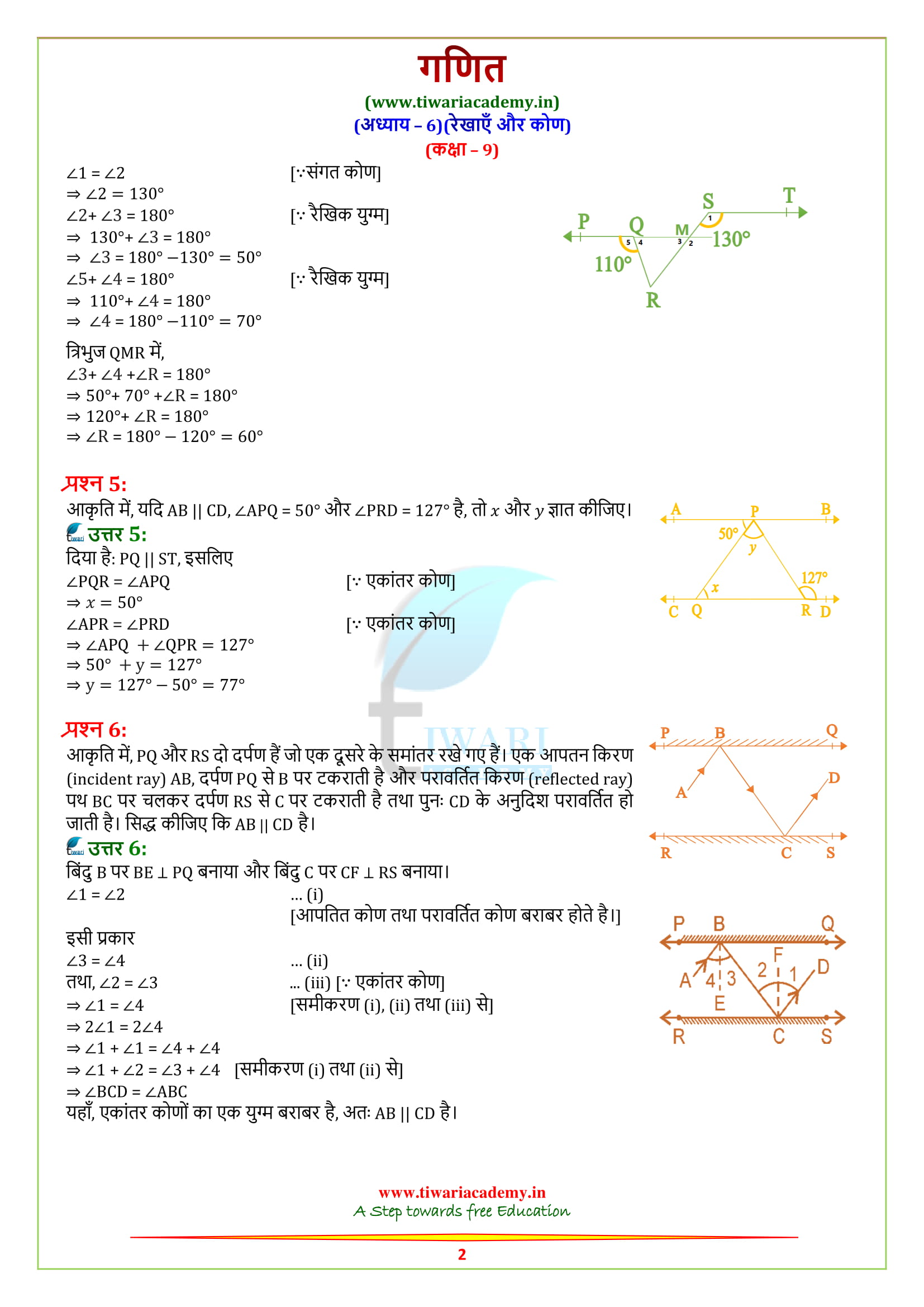 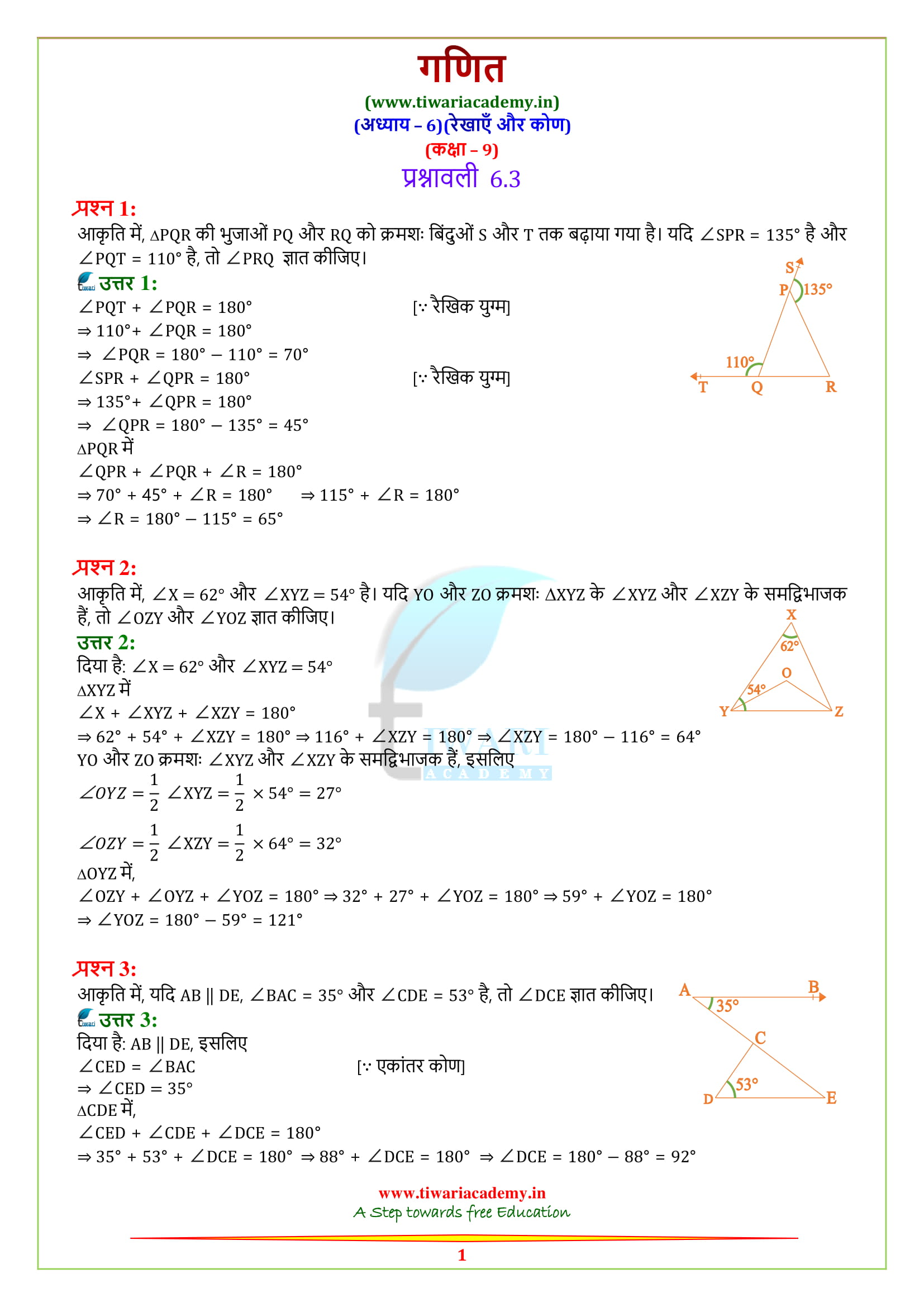 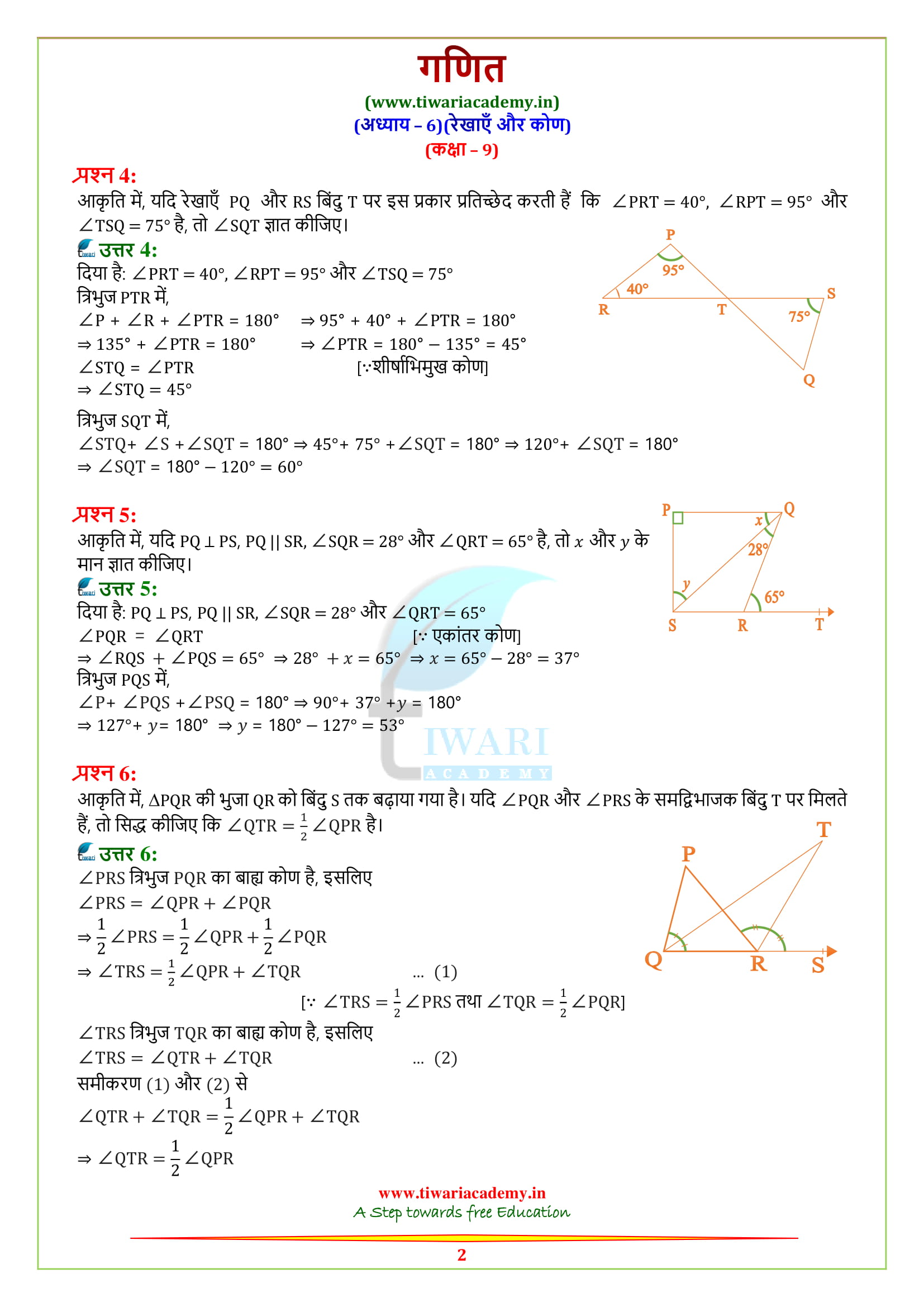 To get the solutions in English, Click for English Medium solutions.

Definition of different types of angle

Questions with Answers for Exams practice